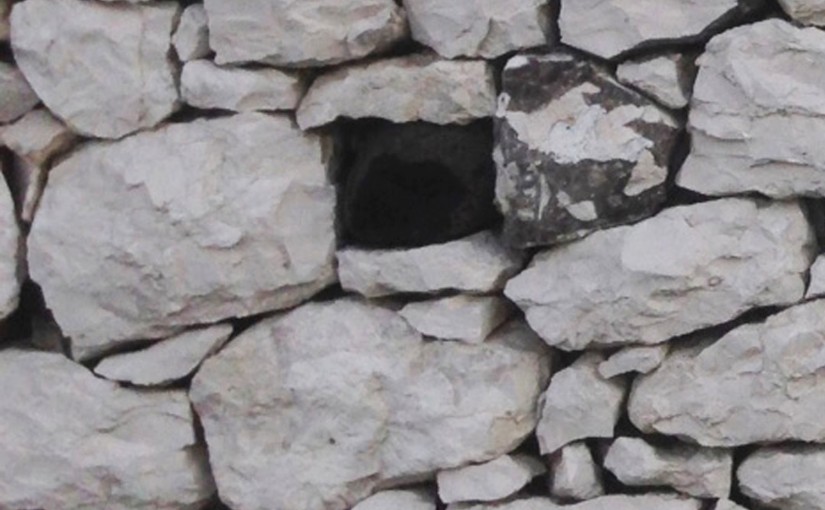 Maybe a name or that of a football team carved by some visitor into a tree trunk or scratched onto a stone. It is of little meaning or matter to anyone other than the scribe – indeed it might even cause offence. I, a stranger, was here and wanted to leave my mark. Some may say an act of defacement – vandalism.

Then again there may be occasion that one looks upon such marks with interest. Etchings made on walls and timbers by those held captive for example, perhaps hundreds of years ago. They communicate something of event and history which might otherwise be unrecorded, connecting with period and perhaps eliciting thoughts of deprivation, hardship and the like.

Chepstow Castle, the oldest post Roman stone fortification in Britain. One cannot help but admire the beautiful details in amongst the scale and grandness of it all. The oldest surviving castle doors in Europe hung in 1190, the forge 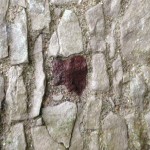 d iron pins, carved arrow ports, bleached oak and so on. But then something for which no explanation can be given. A single cricket ball sized red stone set amongst the mass of light coloured rock in this monumental fortified structure – well above eye level and still secure in its original unblemished gritty course. Perhaps a piece of the old red stone one finds near St Davids or red Jasper from the North of Wales. Closer inspection with a ladder might tell. The point is that it can only have been placed there deliberately and for some reason. A signature of one of the stonemasons perhaps, maybe a levelling or alignment mark. The guides on duty did not know nor had they noticed it before. But it made everybody think – and imagine. It HAS to mean something!

One soon becomes accustomed to the dry white limestone walls bordering the road on Ratlin Island. They are unusual, probably unique to 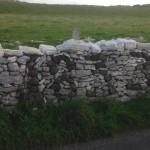 the place, and in admiring their contribution to the island environment one wouldn’t necessarily enquire as to their history.  After all – they are only walls.  But then a date. 1833 – marked in the wall using black basalt from the adjoining beach. The imaginative of someone, a tenant farmer or labourer, to record not himself but the year of construction. 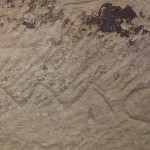 a Negro built nearly two thousand years ago. Low down within the stone portal of the gate a signature of the builder to acknowledge payment for his work. The whole magnificent structure a story of the grand history of empire – that one small mark bringing to the story one unknown individual, his instruction, maybe his hand and a day to day event.
I’m sure you could think of many such marks you have seen.  What do you make of these? One connects with the banner picture on our home page the another a piece of Norfolk brick built into a dry stone wall in Ireland. 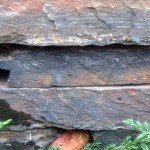 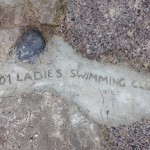